The streaming giant has some of the most exciting fantasy series around, but here are five worth checking out. You have already heard of some of these shows and have been waiting for a long time, but the wait is finally over. 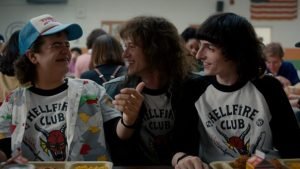 The upcoming fourth season of the American science fiction horror drama television series Stranger Things, titled Stranger Things 4, is scheduled to be released worldwide exclusively via Netflix’s streaming service in two volumes, with the first set for May 27, 2022, and the second five weeks later on July 1, 2022. The fourth season will have nine episodes and has continued to be produced by the show’s creators the Duffer Brothers, along with Shawn Levy, Dan Cohen, and Iain Paterson. 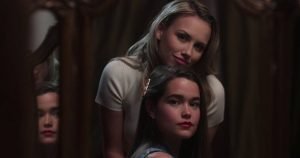 When it’s time for teenage vampire Juliette (Sarah Catherine Hook) to make her first kill so she can take her place among a powerful vampire family, she sets her sights on a new girl in town named Calliope (Imani Lewis). But much to Juliette’s surprise, Calliope is a vampire hunter from a family of celebrated slayers. Both find that the other won’t be so easy to kill and, unfortunately, way too easy to fall for. 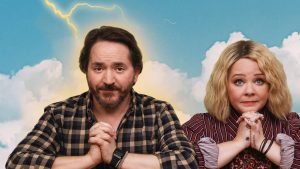 After getting struck by lightning from a very unusually angelic cloud, Clark suddenly has the ability to glow. His coworkers, which includes his girlfriend Amily, believe that this may somehow be related to God. Their fears are confirmed when an angel tells Clark that he is to be God’s messenger and must prevent the Apocalypse from happening. 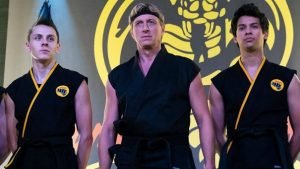 The trailer reveals that Season 5 will center around the aftermath of the tragic events from the All Valley Tournament in Season 4, with Miyagi-Do Karate having to close its doors and Terry Silver (Thomas Ian Griffith) owning up to his promise of franchising Cobra Kai — meaning that his less-than-ideal “no mercy” competition style will now spread across Los Angeles. So, once again, Danny LaRusso (Ralph Macchio) has to do whatever he can in order to stop Terry from using kids to elevate his status. That means recruiting Johnny Lawrence (William Zabka) with his surreal plans in order to do what they should have done long ago: cut the head off the Cobra Kai snake. 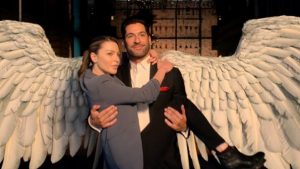 Lucifer is an American urban fantasy television series developed by Tom Kapinos that premiered on January 25, 2016. It is based on the DC Comics character created by Neil Gaiman, Sam Kieth, and Mike Dringenberg taken from the comic book series The Sandman, who later became the protagonist of a spin-off comic book series, both published by DC Comics’ Vertigo imprint. The series was produced by Jerry Bruckheimer Television, DC Entertainment and Warner Bros. Television. The series revolves around the story of Lucifer Morningstar (Tom Ellis), the DC Universe’s version of the Devil, who abandons Hell for Los Angeles where he runs his own nightclub named Lux and becomes a consultant to the Los Angeles Police Department (LAPD).